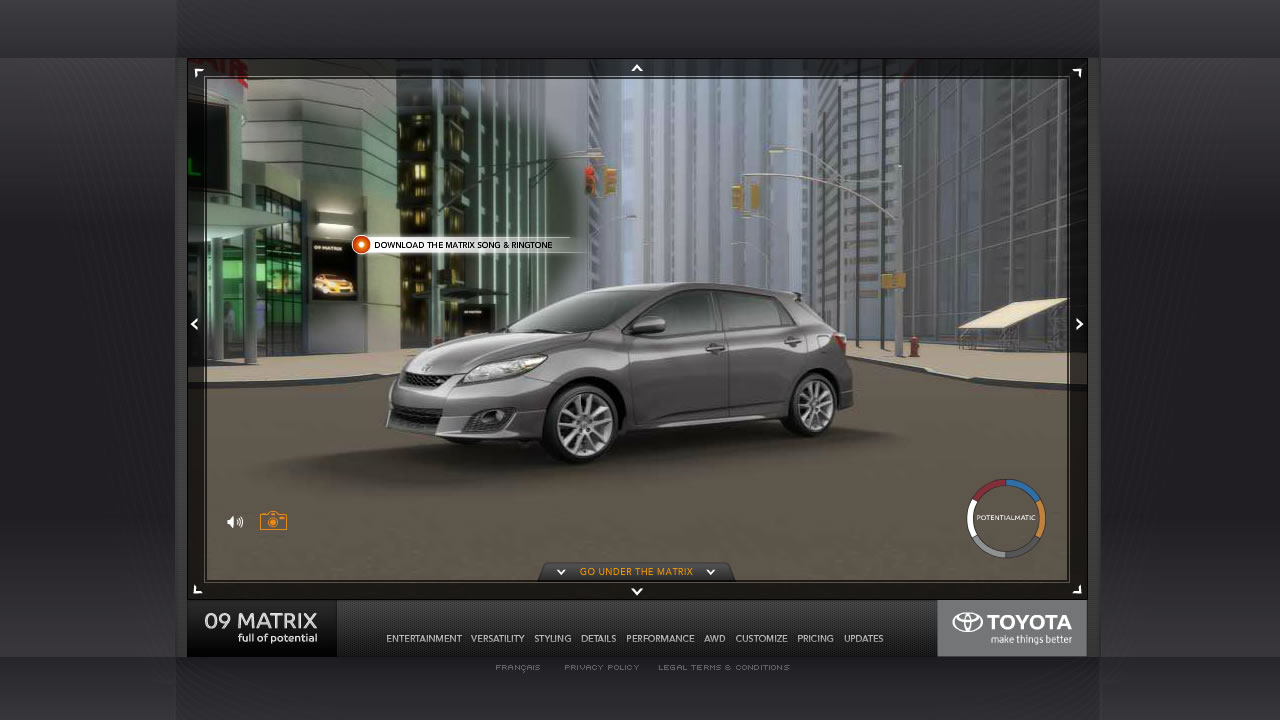 Toyota Canada required a promotional website for the 2009 Matrix that coincided with the TV ad produced by Saatchi & Saatchi. The TV spot featured the car driving around during the day, as it’s headlights “revealed” the vivid, energetic night time versions of whatever they were pointing at in the environment. The website needed to offer a similar experience of revealing nocturnal aspects within a 3D environment. Unfortunately the web technology at the time was not sufficient to support a fully rendered three dimensional experience, so we created a solution using hundreds of static frames that were presented in a sequence related to the user’s input in order to create the illusion of a 3D space. The campaign was rounded out by two online games. One game allowed users to turn certain websites into a race track complete with obstacles like pylons and ice patches; the other challenged players to use the Toyota Matrix to pick up various items around the city and deliver them to a final destination within a time limit. The website generated a considerable amount of online traffic and had a high engagement rating as users explored the various aspects of the website and games. 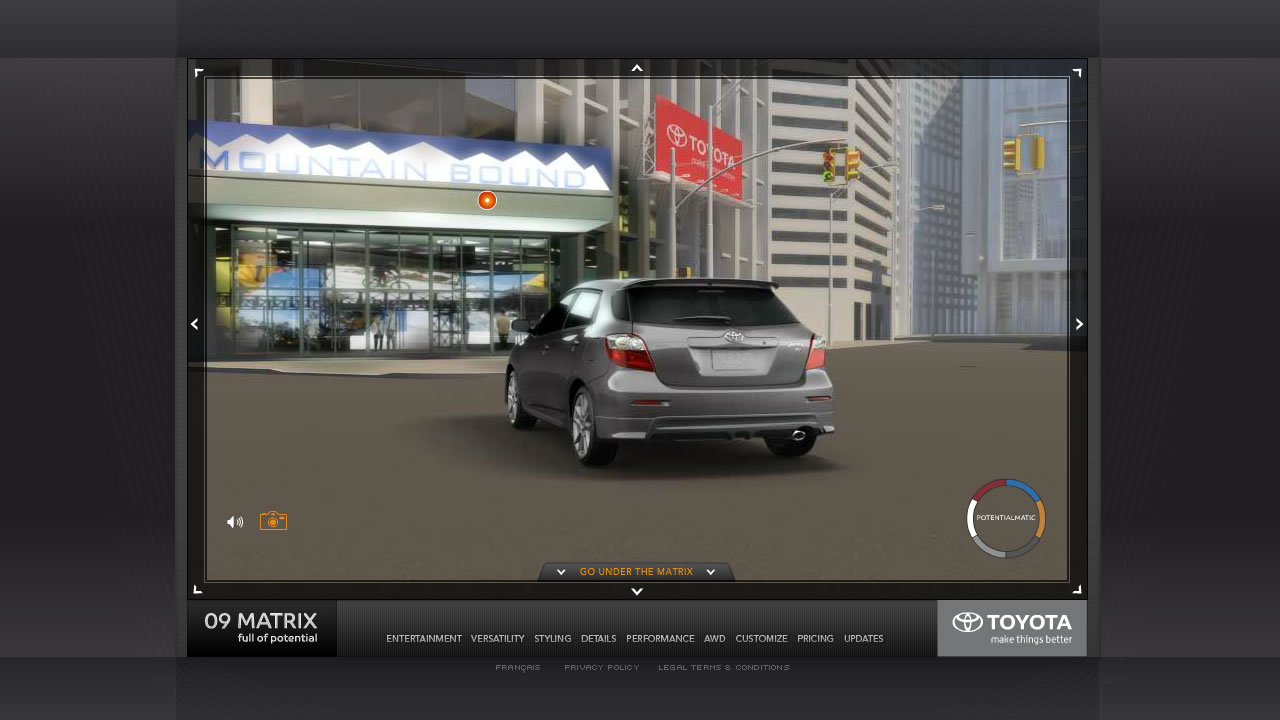 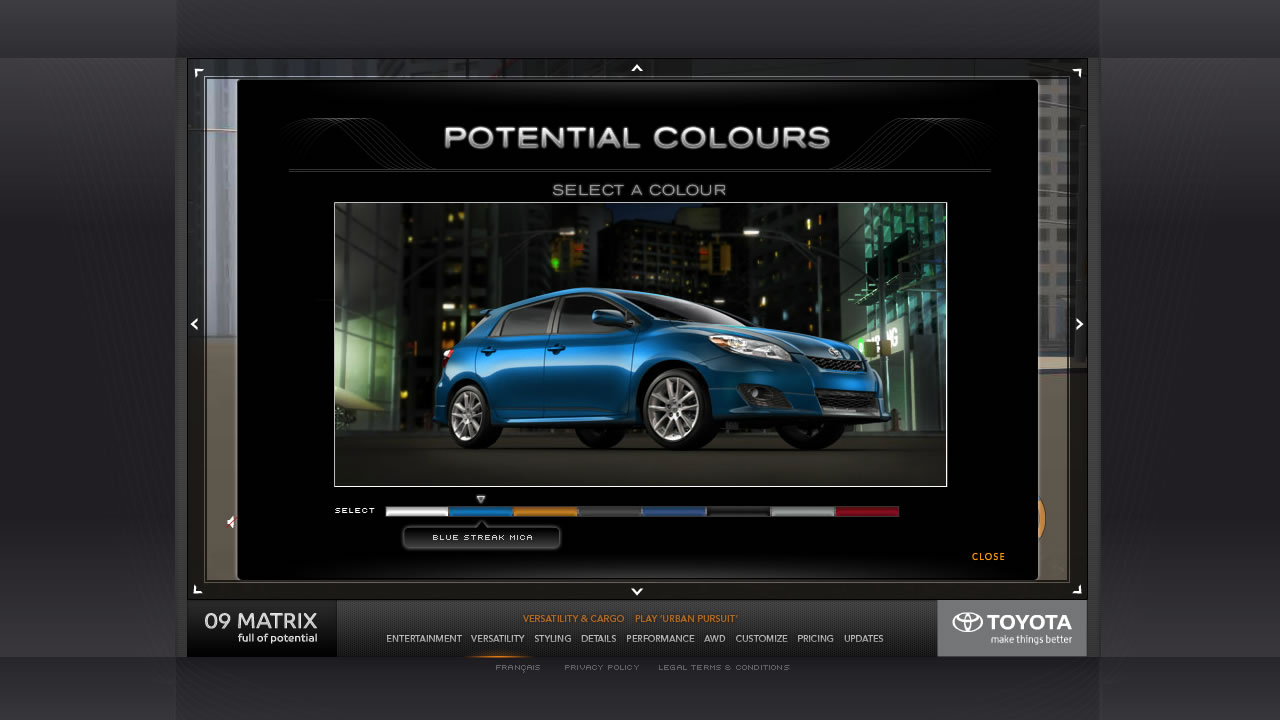 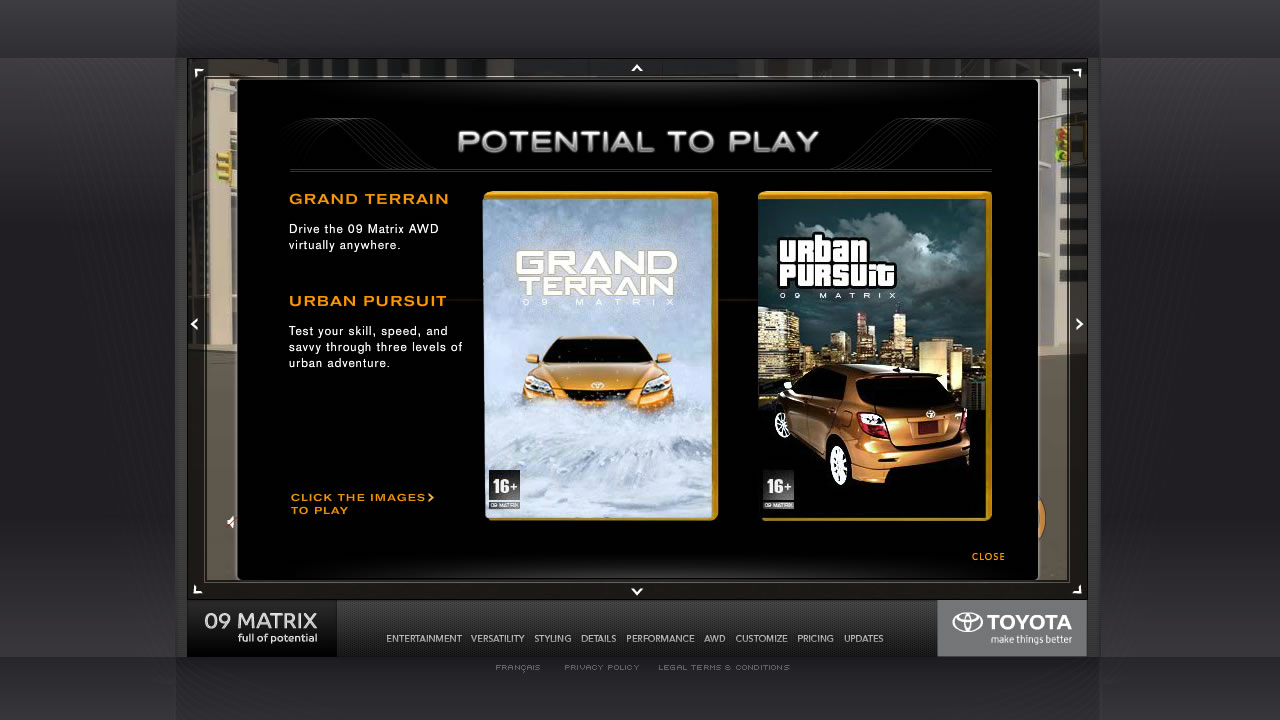 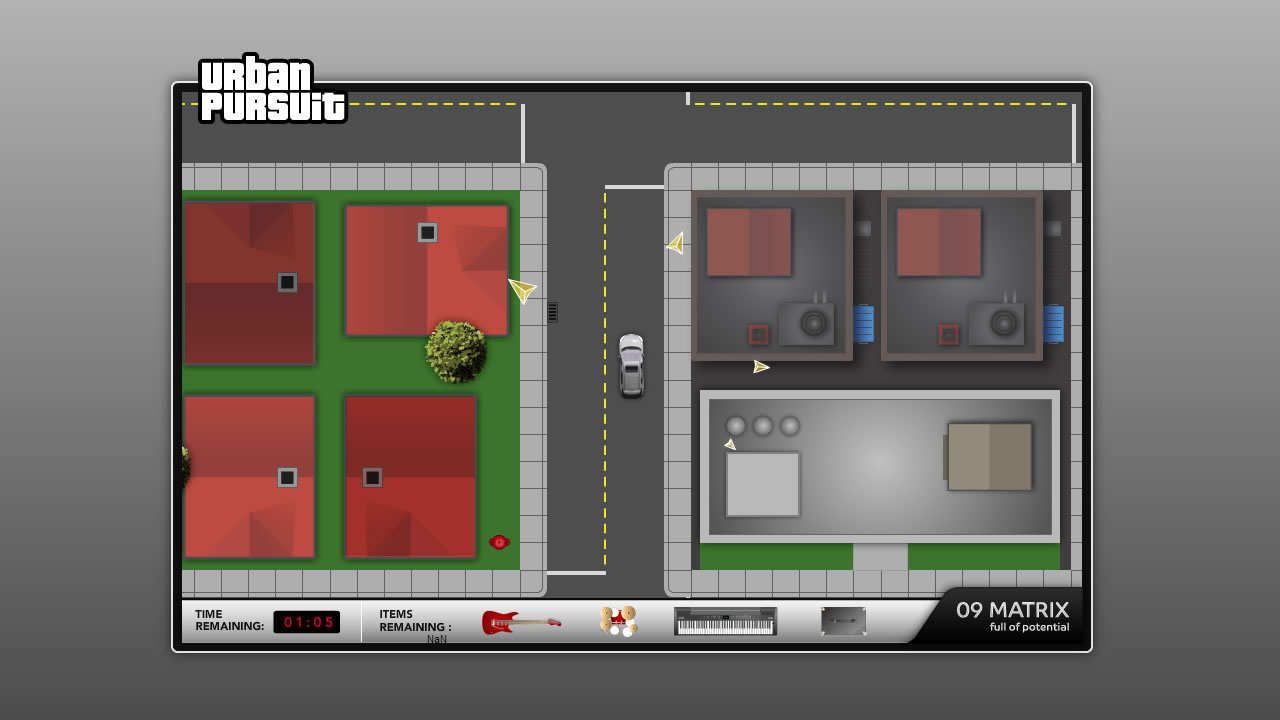 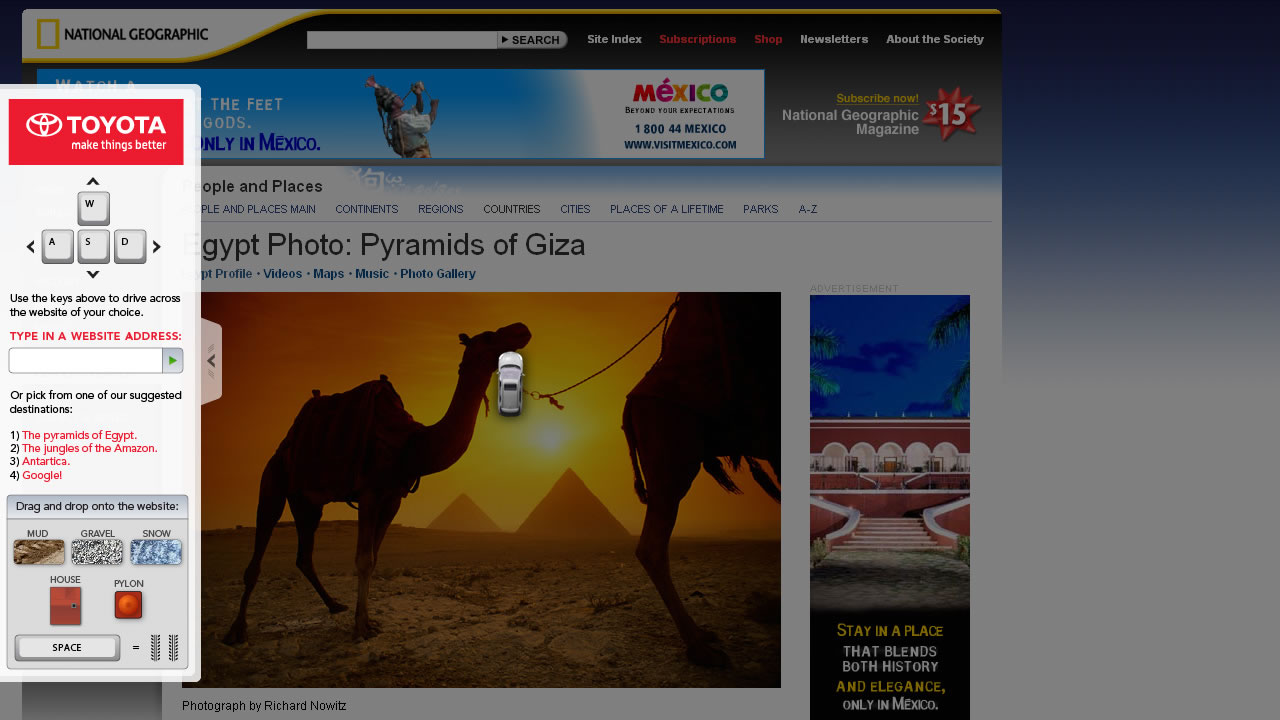